Board and Institutional Liaison 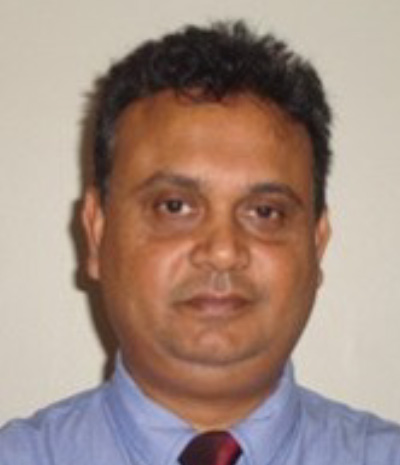 Prof Balkaran has been appointed Chair of the Board of CHEC in 2021 and has served as Director during the periods 2019 and 2020. He is also the Deputy Vice Chancellor : Teaching & Learning at the Cape Peninsula University of Technology (CPUT). His experience extends to Local and Provincial Government levels as well as Business Management in the private sector. He attained his Masters degree (Cum Laude) at the University of Durban Westville with specific emphasis in Provincial and Local Government. He completed his Doctorate at the University of KwaZulu Natal in 2003. He has been an academic for the past 25 years and has a particular flair and passion for the Hospitality & Tourism sectors as well as Policy Studies, Education and the Social Sciences. As an academic his experience extends to that of Lecturer, Senior Lecturer, Head of Department, Deputy Dean, Executive Dean and currently Deputy Vice Chancellor Teaching and Learning. He functions at various fora within the Tourism, Business and Education sectors and served as National Chair for (TESA) Tourism Educators South Africa (2015-2017), Council member of the WCED (2019).  He was the President of the South African Commerce Deans Association (SACDA), (2017-2018) and the Chair for Operation Phakisa Coastal and Marine Tourism Skills Expert Group. As Chair of the Board of CHEC, Prof Balkaran is responsible for driving the CHEC agenda which consists of running projects that directly benefit the members of the consortium, CPUT, UWC,SU and UCT.

He also sits on the National Coordinating Committee of the National Framework for Enhancing Academics as University Teachers. 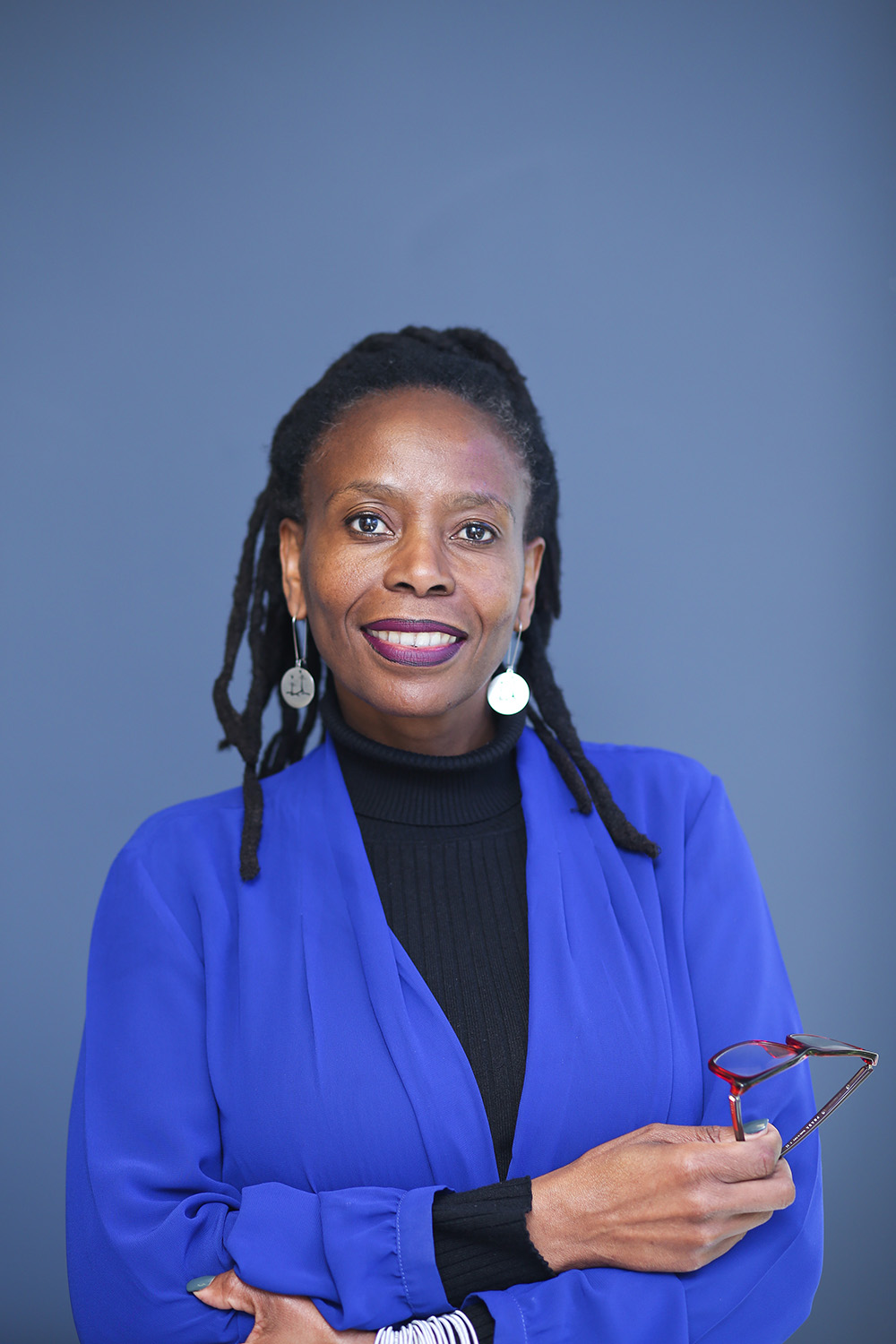 Professor Elelwani Ramugondo was recently appointed as Deputy Vice-Chancellor responsible for Transformation, Student Affairs and Social Responsiveness at the University of Cape Town (UCT). She will assume this role officially from 1st July 2022. Currently, she holds the position of Deputy Dean for Postgraduate Education at the Faculty of Health Sciences (UCT). She obtained all her qualifications from UCT. As a newly qualified occupational therapist (O.T), she established the first Occupational Therapy (O.T) Department at Tshilidzini Special School, Limpopo Province, South Africa. She returned to UCT as an academic in 1998, having served as an O.T in rural South Africa and the United States of America.

Elelwani’s work at UCT over the past twenty-three years has focussed on leading with integrity, recognising this to be pivotal in advancing transformation and excellence as interdependent and interlinked concepts. She is the founding member of the UCT Black Academic Caucus, has been its Vice-Chairperson, and a member of its Executive Committee until recently. She served three years as a warden within UCTs Student Housing and Residence Life. From July 2016 to July 2020, she was a member of the UCT Council. She has also served as Chair of UCT’s Academic Freedom Committee, which hosted five successful TB Davie lectures under her leadership. She is the current member of the Advisory Board for UCT’s African Gender Institute.

As Head of Division for O.T, Elelwani led a division which became the most diverse O.T program both nationally and internationally in terms of its staff and students. During this time, she also spearheaded curriculum transformation, aimed towards a graduate profile that is responsive to the local context while being globally competitive.

Elelwani’s decolonial approach to teaching and convening postgraduate courses has received international recognition, leading to numerous invitations to lead symposia for postgraduate students and faculty in South America, the United Kingdom, and South America. She is often invited to give keynote addresses on transforming higher education or decolonising the academy, both nationally and abroad. She convened the Inaugural UCT Decolonial Summer School, and is a regular speaker at the University of KwaZulu-Natal Decolonial Summer School.

Elelwani was appointed Special Advisor on Transformation to the Vice Chancellor at UCT in 2015, in response to the student-led Rhodes Must Fall movement’s call for decolonisation. She later became a member of the Strategic Executive Task Team, during one of the most tumultuous times in the university’s history. In these roles she participated in complex, highly charged, faculty-based and institution-wide dialogues on decolonisation and decoloniality. She was instrumental in crafting the UCT Curriculum Change Framework, which is centred on decoloniality, and was released to the public in June 2018.

Elelwani has served on numerous boards for Non-Governmental Organisations, including Kidzpositive, which was the first to facilitate access to Anti-Retroviral Treatment for children born with HIV. She is currently the Chair of the Rhodes Scholarship Western and Northern Cape Selection Committee. 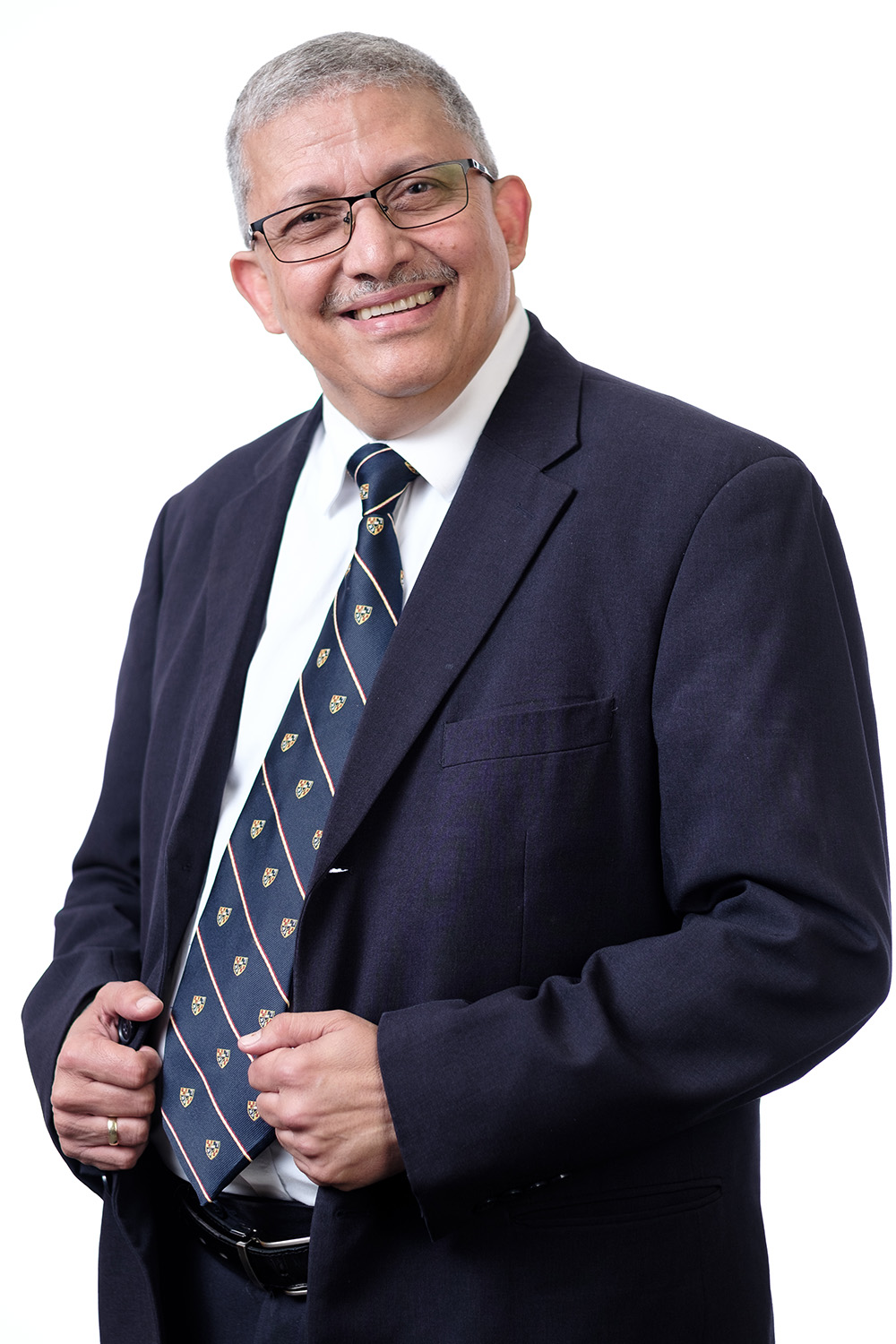 Nico Koopman is Deputy Vice-Chancellor for Social Impact, Transformation and Personnel at Stellenbosch University, and is a professor of Public Theology and Ethics. He was Dean of the Faculty of Theology at Stellenbosch University. He was founding member and chairperson of the Global Network for Public Theology and is a fellow of the Institute for Theological Inquiry in Princeton, New Jersey. His research focuses on themes like inalienable dignity, healing reconciliation, embracive justice, responsible freedom, equality, as well as the reciprocal and transformative impact of universities on the various spheres of society, including the domains of politics, economics, the natural environment, civil society and public opinion-formation. He is involved in public discourses in the academy, churches and broader society, both locally and internationally. 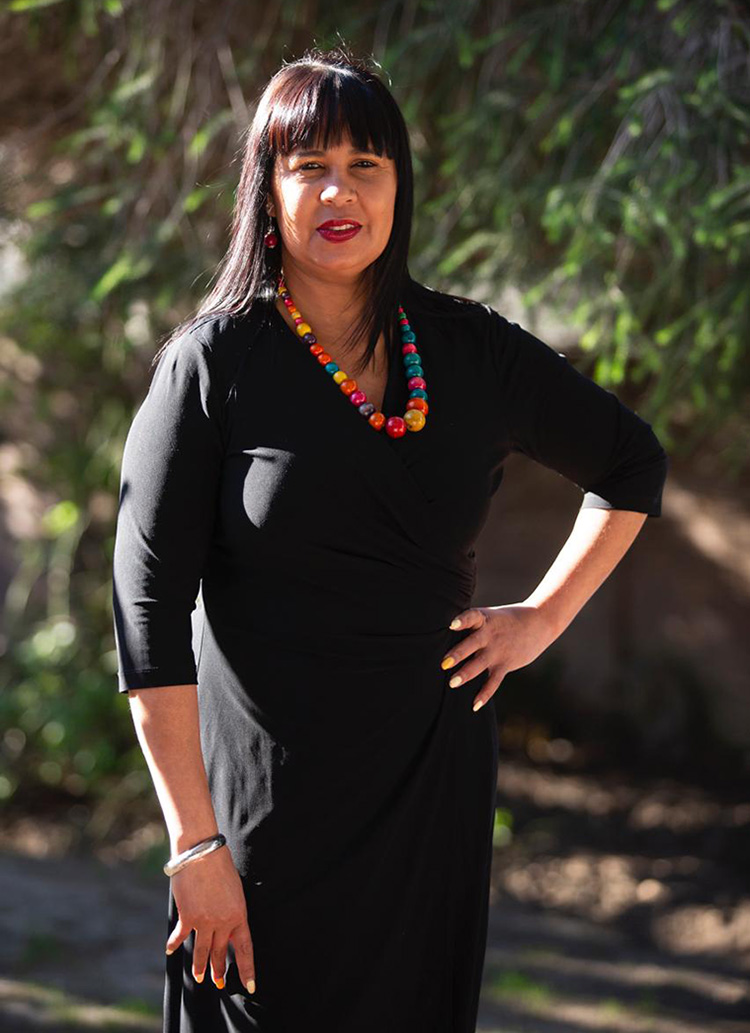 Professor Lawack began and advanced her legal career by spending a number of years at the South African Reserve Bank in various capacities, including senior payment system analyst, senior legal consultant and legal consultant and as Senior Legal Counsel for Strate Limited, South Africa’s central securities depository. In 2008, she moved to the Nelson Mandela University in Port Elizabeth where she served as the Executive Dean of the Faculty of Law.

Professor Lawack joined UWC on 1 April 2015 and in her capacity as Deputy Vice-Chancellor at UWC, she is currently leading UWC’s academic project in relation to its learning and teaching activities at both undergraduate and postgraduate levels. She is an expert in law, economics and the intersection of the two fields, both at an international level and in the South African context. She also has contract, policy and legislative drafting experience.

As regards her academic career, Professor Lawack has published extensively, including numerous articles, reports and contributions to chapters in books. She has also delivered papers at conferences, both locally and internationally. Professor Lawack has also supervised a number of masters and doctoral candidates and continues to do so. Her field of academic research is in the legal and regulatory frameworks pertaining to the payment system, banking system and financial markets in South Africa. Professor Lawack is highly engaged in her community, regularly chairing and/or participating in various committees in the legal, financial and education sectors, leveraging her expertise to add value and push her community to greater heights. 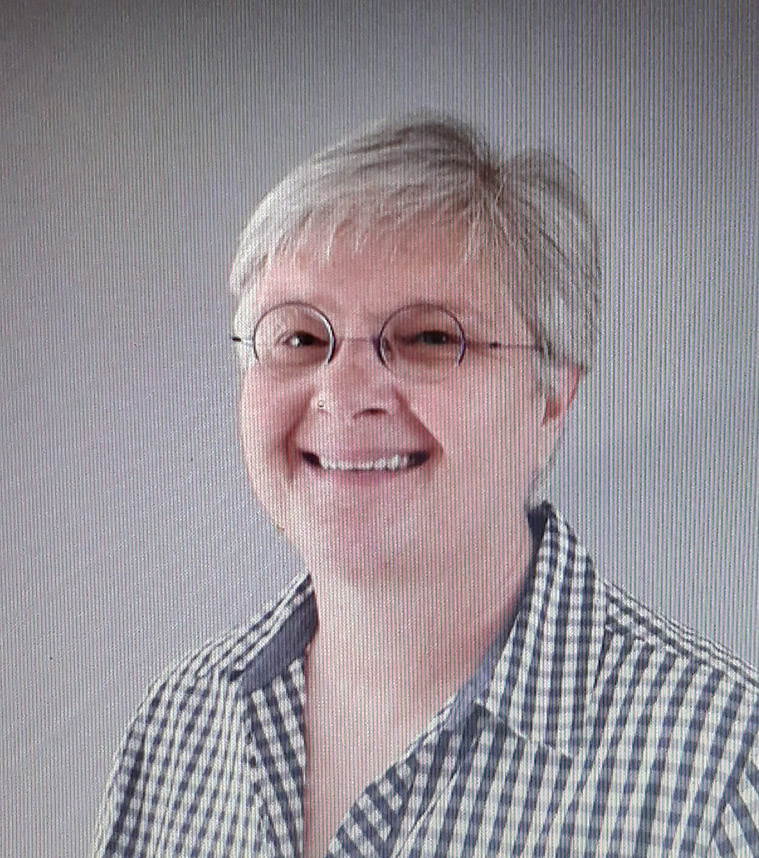 Dina Burger was born in Paarl, in the Western Cape Province of South Africa. She grew up in Keetmanshoop, Namibia as well as in Upington in the Northern Cape and Tshwane and Johannesburg in Gauteng and is currently based in Cape Town.

Dina has served the public service in various capacities in the areas of human resource management, human resource development as well as work study and job evaluations.

Dina also has extensive experience in the presentation of a variety of short training and capacity development courses to the public service and private sector across many different spheres of government and the private sector in South Africa and Africa.  She has also participated in several strategic assignments to ensure policy development in the areas of HIV and AIDS as well as disaster management. She has also consulted widely for government and the private sector in the organizational development field and has a successful track record in implementing change management strategies in higher education. She is a strategic and entrepreneurial minded person with a flair for new business opportunities and development and has extensive experience in fundraising and programme/project management. She has the ability to foster strategic partnerships and collaborations nationally, regionally and internationally.

In her scarce free time, she enjoys all genres of music, gardening and flyfishing. 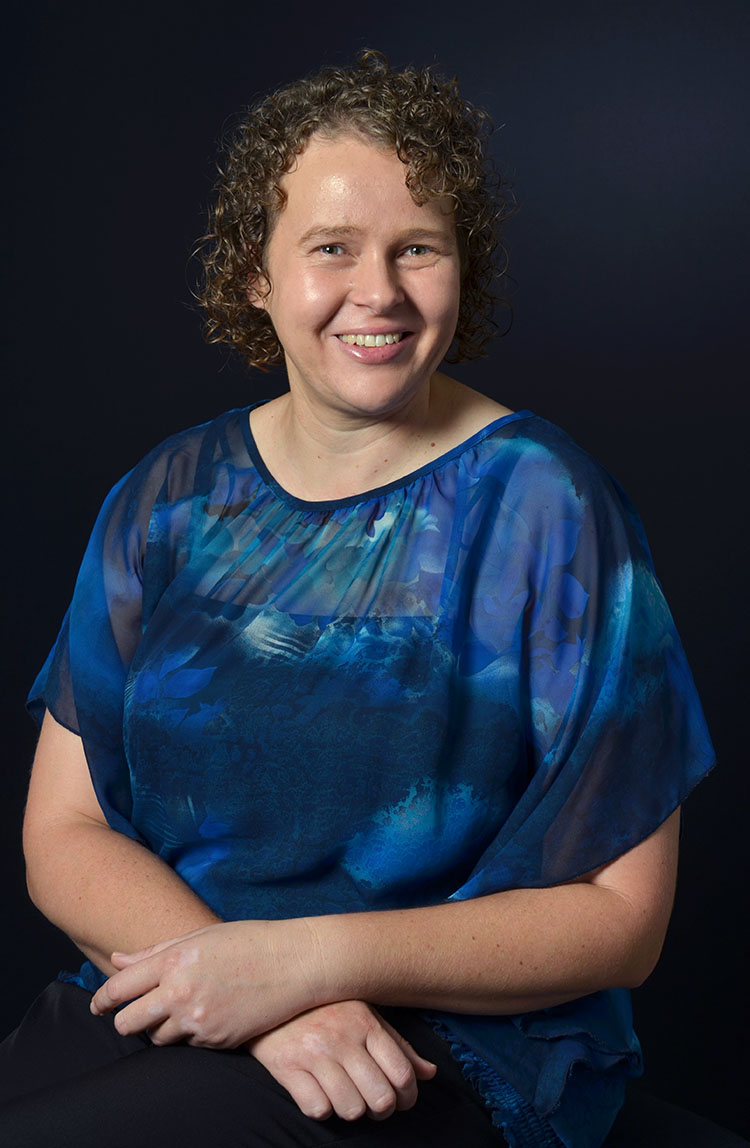 She is a well-published author and a rated researcher with the South African National Research Foundation (NRF) in the area of Big Data and Learning Analytics. She has authored over 20 published, peer-reviewed articles and chapters, attracting over 700 citations. She has been the recipient of many prestigious scholarships, including the South African Netherlands Research Programme on Alternatives in Development (SANPAD); Advanced Research Capacity Initiative; National Research Foundation and the SKYE fellowship. She is an active supervisor with multiple Doctoral and Masters students under her guidance. She an Associate Editor for the journal, Frontiers in Quantitative Psychology and Measurement. Currently she is the Chief Editor for a special issue for the international journal Frontiers in Education, as well as another for Perspectives in Education. She regularly reviews articles for national and international journals including International Review of Research in Open and Distributed Learning, South African Journal of Education, South African Journal of Higher Education, Perspectives in Education, African Journal for Research in Mathematics Science and Technology Education, Progressio and School Effectiveness and School Improvement. She has also presented conferences and guest lectures all over the world in countries such as New Zealand, Portugal, Malaysia, Canada, Ethiopia, Ghana, Mauritius, Austria, the Netherlands and Zimbabwe. 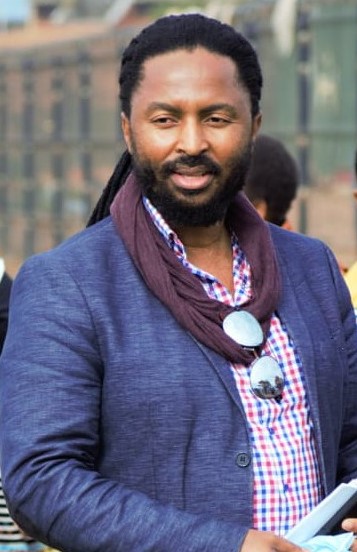 Mr Nyakatya is Manager: Research Partnerships at the Division for Social Impact, Stellenbosch University. His position supports the university’s commitment to community engagement through Engaged Scholarship. He facilitates and maintains mutually beneficial partnerships between the university and societal partners such as government, business, and civil society.

Mawethu has worked as a Field Researcher for the Department of Environmental Affairs and Tourism in the sub-Antarctic Marion Island, and for the South African National Biodiversity Institute (SANBI) in Kirstenbosch, Cape Town. He then gained knowledge and experience in Research Management through completing management courses at Stellenbosch University Business School and a Research Management Internship at the Centre of Excellence for Invasion Biology (CIB) at Stellenbosch University where he later worked as a Projects Manager.

Mawethu is now interested in science and society projects, and in his role of Manager: Research Partnerships he is responsible for the overall promotion and support for engaged research activities at Stellenbosch University. 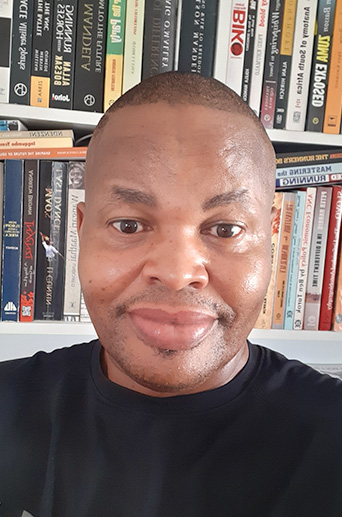 Sonwabo is the UCT representative on the CHEC-WCG Joint Task Team and CHEC-CoCT Standing Committee.

His portfolio is that of a Researcher Development Coordinator in the UCT Research Office.

Sonwabo is an educator by profession with Masters in Social Sciences (with distinction) from the University of Cape Town.

Get the latest newsletter from CHEC